When: 0900 – 1700
Where: The Wildlife Conservancy Fordingbridge followed by Breamore House 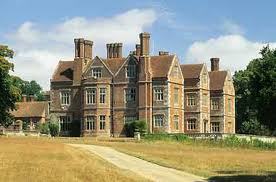 The day’s course will consider in depth the following aspects of historic building conservation and the care and repair of the heritage.

The venue has been carefully chosen as the Breamore area is a good example of the historic use of a wide range of local building materials. The day will include formal Power Point presentations in the morning at Burgate Manor, where we will also have lunch. The afternoon will be devoted to a tour of the Breamore area for first hand observations of the buildings including two of the estate barns. One barn is awaiting repair and has temporary supports, the other was fully restored several years ago. The barns illustrate some of the conservation problems facing an estate with a large number of listed buildings.

The local pallet of traditional materials.

The local landscape and historic system of land management affected the availability and use of building materials. The use of stone and flint in the region was not just confined to the grand buildings and churches but was also used for a variety of ordinary domestic and vernacular buildings particularly in their foundations.

Timber framing was also important in the medieval period but during the 16th century good building timber became scarce in the area as oak was in high demand for ship building for the navy and the local glass industry was devouring vast quantities of timber.

In the late medieval period the area saw the development of a local brick and tile industry. After the 16th century brick became the most abundant local building material and was used for both the prestigious houses and the smaller domestic buildings.

Straw for thatching was readily available from the farming activities on the estate and was the most used local roofing material. However for the more prestigious buildings clay tile was the preferred roofing material and again appeared quite early in the region.

Glass for glazing windows became more available at the end of the 16th century though was expensive. The use of glass on a larger scale during the 17th and 18th centuries is a good example of the conspicuous display of the wealth of the owner.

On the eastern side of the river was the escarpment on the fringe of the Crown Lands. Here there are buildings at the other end of the social scale, constructed in cob. Many of these were encroachment cottages built quickly and cheaply from the ground they were standing on and using round poles of hedgerow timber for their roof structures.

The first important stage of the process of repair is to identify the sources which have caused the problems of decay to occur; these must be resolved before the building can be repaired.  It is also important to understand the nature and function of historic materials and the dangers of the use of modern products which may not be as flexible or vapour permeable as the original materials.  The use of inappropriate mortars can result in the rapid deterioration of historic masonry and long term structural problems. Many of the problems with historic structures are due to lack of maintenance and water ingress. The most appropriate methods of repair will be considered, not only for aesthetic reasons, but to ensure the correct performance and durability of the new work.

A brief history of the Breamore area.

The Breamore area has a long history of occupation and land management. To the west at Rockbourne was a large Roman Villa controlling the arable lands in the Avon valley. At Breamore there is an important Anglo Saxon church and in 1130 an Augustinian priory was founded on land adjacent to the church.

During the Medieval period the area was part of the priory estate and on the eastern side of the river was the Royal hunting park of the New Forest. To the north was the lands controlled by the Bishop of Salisbury with his palace at Clarendon and to the south the vibrant market town of Fordingbridge.

After the Dissolution of the Monasteries the estate past into private hands and in 1583 an Elizabethan mansion was constructed on the old priory site. In 1748 the estate was purchased by Sir Edward Hulse, Baronet, and has remained in the family ever since. Two miles south of Breamore is Burgate Manor, our venue for the morning. This is an early 19th century house in Gothic revival style with a castellated façade facing the river. It would appear to be a remodelling of an earlier building and is a good example of the use of roman cement render to create the Gothic style.

You can book online below with a credit/debit card, to enter names of delegates if the booking is not for yourself [please use the note field