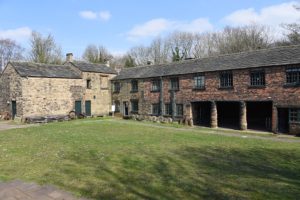 When: 0900 – 1700
Where: Abbeydale Industrial Hamlet, Abbeydale Road South, Sheffield S7 2QW
Cost £125 plus VAT (£150.00) to include seminar proceedings, all refreshments, lunch, entry to the museum and comprehensive delegate pack

The venue has been carefully chosen as Abbeydale is an amazingly complete and rare surviving group of industrial and domestic buildings reflecting the vernacular materials and construction of the region in the 18th and 19th centuries. At the time the area was the “Silicon Valley” of the steel industry with its innovative methods of producing metal suitable for sharp edged tools. Although this particular site produced the humble Scythe it reflects the early years of the development of Sheffield as a world leader in the production of steel and fine cutlery.

The day will include formal Power Point presentations in the morning and a tour of the site in the afternoon for first hand observations of the buildings and the surviving machinery of the manufacturing processes.

Care and repair of traditional materials.

The use of stone was not just confined to the grand buildings and churches but was also used for a variety of ordinary domestic and vernacular buildings. The methods of quarrying, selection and use of stone, identification of causes of failure and the selection of appropriate repair and conservation systems will be considered. Stone roofing slates was also a distinctive historic local material which is now difficult to source and also to find craftsmen capable of undertaking repairs.

Although the most abundant local building material was stone, brick became the more popular cheap alternative in the 19th century, particularly with the coming of the railways providing an inexpensive means of bulk transport.

The first important stage of the process of repair is to identify the sources which have caused the problems of decay to occur; these must be resolved before the building can be repaired.  It is also important to understand the nature and function of historic mortars and the dangers of the use of modern cementitious products.  The use of inappropriate mortars can result in the rapid deterioration of historic fabric and long term structural problems. The problems of water movement, salts and frost will be examined.  The methods of re-pointing will also be considered, not only for aesthetic reasons, but to ensure the correct performance and durability of the new joint.

Most historic buildings have undergone some change during their life. It is important to recognise the evidence for these changes which in some instances may be the cause of more recent structural movement. Buildings may have been adapted to a new use for which they were not originally structurally designed and again this may be the source of current problems. The tour of the site in the afternoon will give the opportunity to consider first-hand the evidence for changes to the buildings fabric.

The historic buildings of Abbeydale

The Abbeydale complex was one of the largest water powered industrial sites on the River Sheaf. Originally the water wheels were powered directly by the river but in 1777 a large four acre dam was constructed to provide the greater capacity to power the tilt hammers and grinders. Later a steam engine was added to provide power when there was a shortage of water in the dam. The special tool steel was produced on site in the crucible furnace. This was a local 18th century invention which revolutionised the production process and was the root of the rise of Sheffield as a world renowned steel producer.

The site was used for the production of scythes and other edged tools from 1714 to 1933. The historic equipment for all stages of production still survives on site. Most of the buildings date to the 18th and 19th centuries and are mainly constructed in the local stone, with stone slate covered roofs. One building has a 19th century brick façade, and the furnaces and their chimneys were also of brick.

The complex not only contains industrial buildings and associated machinery but also cottages for the key workers and the manager’s house.

In 1960 a public appeal raised £50,000 for the repair of the buildings and the site was opened to the public in 1970. Since 1998 the site has been run by the Sheffield Industrial Museums Trust who have been successful in obtaining a lottery grant for constructing interpretation and visitor facilities.

Or book online below with a credit/debit card, to enter names of delegates if the booking is not for yourself [please use the note field